Machiko Kanetake is Associate Professor of Public International Law at Utrecht University. She is a member of the Management Board of the Utrecht Centre for Regulation and Enforcement in Europe. Previously, she has been appointed as a postdoctoral researcher at the University of Amsterdam and held visiting appointments at NYU School of Law, Harvard Law School, and King's College London. She is a senior editor of the Leiden Journal of International Law.

Ukraine is ‘one of us and we want them in’, said European Commission President Ursula von der Leyen on 27 February 2022, in response to Ukraine’s bid for membership. In this post, Machiko Kanetake argues that the EU’s response regarding Ukraine’s accession should not reproduce a fundamental ambivalence underlying the EU’s relations with its eastern neighbourhood.

END_OF_DOCUMENT_TOKEN_TO_BE_REPLACED

What regulatory frameworks does the EU have to detect and rectify biased algorithms? Unfortunately, some of the celebrated legal frameworks in the EU on data protection and non-discrimination do not seem to be fit for purpose in the age of automated decision-making, as Sandra Wachter elucidated in her Utrecht University webinar on 26 January 2021 hosted by the Special Interest Group ‘Principles by Design: Towards Good Data Practice’.

END_OF_DOCUMENT_TOKEN_TO_BE_REPLACED

On 12 December 2018, the European Parliament approved the EU-Japan Economic Partnership Agreement (EPA) which the parties have been negotiating since April 2013. The Agreement, sometimes called as the “cars-for-cheese” deal in a symbolic sense, aims to vitalize economies which represent approximately 30% of global gross domestic product. The Commission presented the final text to the Council on 18 April 2018, which authorized, on 6 July, the signing of the deal. The parties have signed the agreement on 17 July, and, on 8 December 2018, the National Diet of Japan approved the agreement. In light of the Court of Justice’s Opinion 2/15 on the EU-Singapore Free Trade Agreement, the Commission assumes that the EU-Japan EPA does not require ratification by individual EU member states since the agreement is within the EU’s exclusive competence. Investment protection standards and investment protection dispute resolution, which fall under shared competences, have been subject to separate negotiations. The EPA, which is expected to enter into force on 1 February 2019, is arguably the biggest trade-related achievement of the current Commission, which ends its mandate in 2019.

END_OF_DOCUMENT_TOKEN_TO_BE_REPLACED

Should a robot enjoy any legal status independent of its human creators? If so, what kind of legal status would that be? Should the robot enjoy its/her/his “rights”? One’s answers to these futuristic questions might in part depend on whether one’s image of autonomous robots comes from the film Bicentennial Man (1999) based on Isaac Asimov’s novel or a more recent movie Ex Machina (2014). In the film version of Bicentennial Man, a highly autonomous robot played by Robin Williams exhibits humorous, friendly, and warm-hearted characteristics that co-exist with human communities. By contrast, in Ex Machina, a beautiful human-looking robot ended up deceiving a man and achieving freedom by taking advantage of the trust that the man developed towards the robot. While we cannot tell if such a self-governing robotic machine could ever be built, these two movies depict diametrically opposed scenarios that robots can have both beneficial and disturbing consequences to human beings. END_OF_DOCUMENT_TOKEN_TO_BE_REPLACED

On 11 April 2018, Facebook founder and CEO Mark Zuckerberg appeared at the US congressional hearings. At the heart of the testimony was the Cambridge Analytica fallout on the misuse of Facebook users’ data, which continues to reveal the vulnerabilities of social media companies and their impact on politics. The business model of social media companies is based on the sale of advertisements and the provision of apps which allow the social media platforms to make the most of users’ data. Their businesses’ unique strength resides in the “targeted advertising” of potential consumers — and voters. While Facebook and other similar social media generate an enormous benefit of sharing information, the companies’ reliance on users’ data triggers an unprecedented risk of information misuse, not only in a commercial sense, but also for political campaigns.

END_OF_DOCUMENT_TOKEN_TO_BE_REPLACED 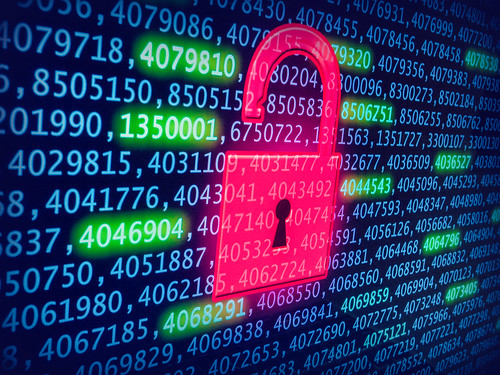 On 10 April, Al Jazeera revealed how “surprisingly simple” it can be to circumvent sanctions and export control on cyber surveillance technologies. Al Jazeera’s four-month undercover investigation exposed the practices of merchants who sell spyware technologies as a “wi-fi router” and thereby readily escape from authorities’ export control radar. The investigation brought to light, for instance, an Italian communications company’s readiness to execute a 20-million euro deal to export to Iran an IP-intercept system which could be used for spying citizens. The company may be able to evade the EU’s export control by labelling the intercept END_OF_DOCUMENT_TOKEN_TO_BE_REPLACED

e EU helped shape—entails an individual having the right to ask that a search engine remove search results linking to a specific result about him- or herself. The Japanese Supreme Court decided in favor of the search engine giant, Google, without referring to this emerging yet still contested right to be separated from one’s past online. Noteworthy, nonetheless, is that the Japanese Supreme Court laid down certain criteria with which to mandate the removal of search results. (The decision in Japanese is available here.) END_OF_DOCUMENT_TOKEN_TO_BE_REPLACED